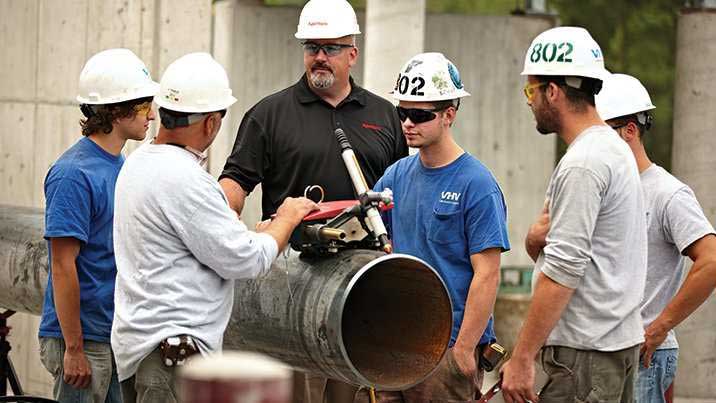 Whether you are building truck trailers, assembling high-rise buildings, bridges, or running your own welding shop, its near impossible to find hard workers who know that they are doing. When you do find someone promising, they do not last. New hires come in, learn the ropes, and move on. Business owners, both small and large, find themselves starting over. This is despite record unemployment during the pandemic.

In survey after survey, businesses say the same thing: They have jobs and want to hire people but cannot find workers. Roughly a third say the problem is so bad they are turning down business. Fixing the so-called skills gap is not going to be easy. It is going to take time, effort, and innovation. In the meantime, companies are doing what they can to lessen their reliance on people by introducing more automation, including robots. They are also looking for ways to make the often physically taxing work a little easier and more attractive to prospective employees.

Companies are also concerned about ease of use since getting new hires up to speed quickly saves time on training, and reduces the likelihood of potentially costly mistakes during set-up or operation. All modern Hypertherm systems are designed with ease of use in mind. For example, Hypertherm’s Powermax® line of air plasma systems will automatically set the correct gas pressure. The newest generation of Powermax systems take ease of use even further, though: In addition to gas pressure, Powermax SYNC™ systems automatically set the correct amperage and operating mode. For companies with an inexperienced workforce, this makes training faster
and eliminates set-up errors.

From an operator training perspective however, perhaps the most revolutionary feature of the SYNC systems is the simplification of consumables. A typical air plasma system requires five consumable parts—the shield, retaining cap, nozzle, electrode, and swirl ring. If you need to change processes, such as cutting thicker metal, fine features, or gouging, you may need a whole different set of consumables. Because of the sheer number, and the fact that consumables for different processes often look the same, mistakes are common. Operators—even those with years of experience—will accidently grab one wrong part, install everything in the torch, and not understand why their cut quality is so poor. Another scenario is running out of a consumable part or misplacing a consumable you need. Now imagine running a large fabrication shop and owning several plasma systems of different sizes. That’s a lot of consumables to keep track of.

Beyond managing consumable inventory, business owners have another challenge — consumable life. Since the components of a five-piece stack-up can wear at different rates, many people do not know when the right time is to change their consumables. One of two things happen here: either an operator will play it safe and change out their entire consumable set too soon and dispose of some components prematurely, or they will wait too long, affecting cut quality and performance. Either way, the result is the same. The operator is wasting money.

The Powermax SYNC systems do away with the five-piece consumable stack-up. Instead, all you need is a single-piece cartridge. You grab a cartridge, place it onto the torch, give it a quarter turn, and you’re done. It takes 10 seconds. Another convenient and fool proof aspect of Powermax SYNC is the color-coding. The cartridges are color-coded so you can be sure you’ve installed the right cartridge for the process you want to use. Instead of looking through a drawer for the parts you need, double checking to be sure you do indeed have the correct part numbers, putting your stack together in the right order, and then correctly assembling everything into the
torch, you simply grab a color-coded cartridge and stick it on the SYNC torch. You are done!

Powermax SYNC also addresses the confusing issue of consumable life and replacement. Instead of making an educated guess, the Powermax SYNC system will let you know when to replace the cartridge. This end-of-life detection feature means that instead of having to stop periodically to inspect your consumable stack-up, operators can keep on cutting (or gouging) until the Powermax SYNC system tells them to stop. There is no more guessing. There is no more throwing away partially used or over-used consumables.

The Powermax SYNC cartridge also delivers by lasting up to twice as long as a normal consumable stack-up when hand cutting and providing improved cut quality for its entire life span when using a mechanized torch. Another benefit of the Powermax SYNC system is its ability to record usage data and transmit it using a simple RFID reader. It will track things like number of starts and arc-on time, helping you identify patterns and make your operation more efficient. 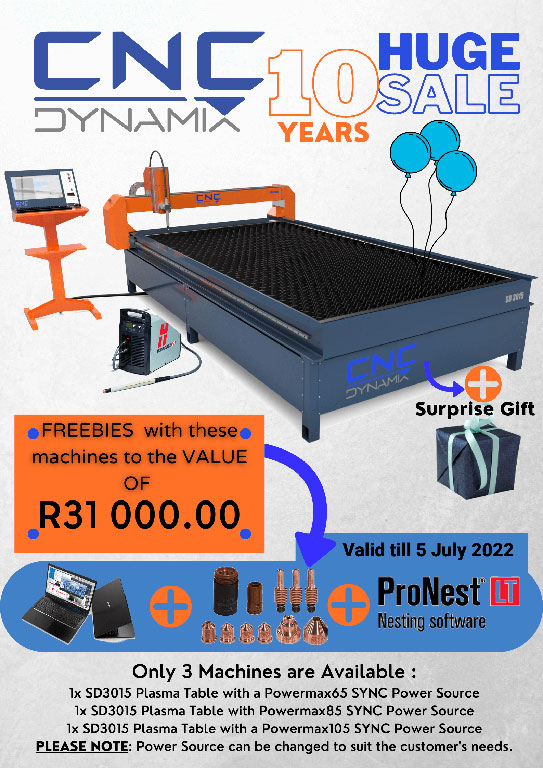